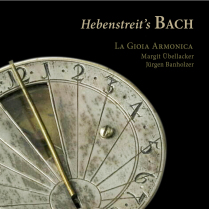 Jürgen Banholzer studied the organ privately with James David Christie in Boston (USA), with Ludger Lohmann at the Musikhochschule in Stuttgart (on a scholarship from the Studienstiftung des Deutschen Volkes) and with Jean Boyer at the Conservatoire National Supérieur de Musique in Lyon. He went on to study singing at the Schola Cantorum in Basle and was later awarded a PhD in musicology at the University of Mainz  ("Harmony, Form, Poetic Content: Studies on Sonatas by Liszt's Pupils Reubke, Draeseke and Viole").

As an organist he has given recitals in Germany, Austria, Italy, France, Poland and Switzerland. His main interest lies in organ music and organs of the 17th and 18th centuries. In 2021 the CD "O güldnes Licht" was issued by frabernardo, recorded on the Hus-Schnitger organ in Stade. In 2022 he developed a musical-literary programme  based on Johann Kuhnau's Biblical Sonatas ("Then you are not the god whom I created from my tears"), which he presented on the historic organs of Waltershausen, Altenburg and Schloß Burgk, together with the actress Johanna Krumstroh. As a continuo player on harpsichord and organ he has been associated for many years with the Johann Rosenmüller Ensemble, and he has been a guest in groups like Freiburger Barockorchester, Musica fiata, Balthasar-Neumann-Ensemble, L'Arpa festante, La Dolcezza or Stefan Temmingh & Ensemble.

Since 2017 Jürgen Banholzer has taught at the International Summer School of Early Music in Valtice (Czech Republic). He also taught at the Musicology Department of Mainz University.

Until 2010 Jürgen Banholzer performed as a countertenor soloist in concerts, radio broadcasts and CD recordings under conductors such as Thomas Hengelbrock, Ivor Bolton, Harry Christophers and Jean-Claude Malgoire. His recording of solo cantatas by Antonio Caldara was released to great acclaim. As an ensemble singer he worked with groups such as the Huelgas Ensemble, the Johann Rosenmüller Ensemble, Balthasar-Neumann-Chor, and the Amsterdam Baroque Choir.